One of Australia’s most beautiful, natural, hidden gems. These islands are home to the indigenous Torres Strait Islanders, a melting pot of Melanesian and Indigenous Australian cultures, boasting 19 different communities. Their welcoming culture has evolved from the sea and is rich in the arts, famous for vibrant headdresses, pearling, ancient carvings and modern print making.

Respect within these cultures means acknowledgment of land, language, lore, culture and protocols which have been intact for 60,000 years. Australian Aboriginal and Torres Strait Islander peoples see themselves as belonging to this land, a totality of mother earth.

Where the South Pacific Ocean and the Arafura Sea mix their currents, lie the 274 islands of the Torres Strait.

Time slows down in the Torres Strait so you can enjoy the pleasures of incredible fishing and snorkeling around the fringing reefs on island time. Relish the opportunity to join local feasts if you have made friends with the islanders. Traditional foods such as turtle and dugong may be served. It is considered impolite to refuse an invitation in Torres Strait culture. Also be aware that turtles and dugongs are threatened species and it is illegal to hunt these animals if you are not an Aboriginal or Torres Strait Islander.

Saibai Island, Boigu (Talbot Island) and Dauan (Mt. Cornwallis Island). These are just 4km off the southern coast of PNG. The northern islands of Saibai and Boigu were formed by the effluvia of rivers in PNG. These islands are fringed with mangroves and have broad interior swamps subject to seasonal drying and flooding.

Badu (Mulgrave Island), Moa (Banks Island), Mabuiag (Jervis Island), Waiben (Wayben or Thursday Island), Kiriri (Hammond Island), Nurupai (Ngurupai or Horn Island) and Muralag (Prince of Wales Island). Thursday Island is the administrative centre of the Torres Strait with tours and the award-winning Gab Titui Cultural Centre, which takes visitors on a complete cultural journey from the past to the present and into the future. 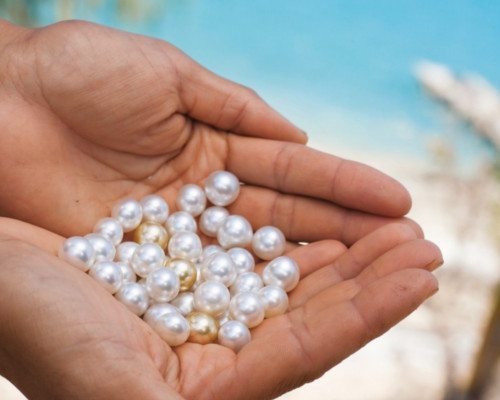