Hastings Deering is part of the Caterpillar Dealer Worldwide Network and have been servicing the marine industry since 1978. With trained Caterpillar technicians Hastings Deering Cairns have the capabilities to carry out major and minor repairs on various marine engines and gear boxes. Warranty is backed by Caterpillar worldwide dealership structure.

World-renowned Caterpillar heavy earthmoving equipment and Driltech blast hole drills are distributed throughout Queensland, Northern Territory, Papua New Guinea, the Solomon Islands and New Caledonia by the branch network of the Hastings Deering Group. The group was founded by Sydney-born Harold Hastings Deering in 1932. Legend has it that while a fighter pilot in Britain during the first World War, he landed his plane in the AEC factory yard, and refused to leave until he had persuaded AEC to allow him to distribute its trucks and buses in Australia.

Harold Hastings Deering was appointed Manager of the new distributorship, and became a pioneer in the mechanisation of Australia, foreseeing the development needs of the growing nation, and securing the necessary machinery. In 1932 he formed Hastings Deering Engineering Company Pty. Ltd to acquire the distribution of Exide batteries and added Alice Springs Ford dealership (trucks, cars and tractors) in 1936. He was a very high profile figure of Australian industry.

Hastings Deering has been at the forefront of development in Far North Queensland providing Caterpillar heavy equipment to the mining, construction, agricultural, materials handling, road building and other government sectors. Backed up with a local Hastings Deering Branch in Cairns and Field Service Units who regularly service areas such as, the Tablelands, Cape York Peninsula and to the south, Mission Beach & El Arish. We can provide all manner of Servicing of your machinery, supply Parts or even provide Rental Caterpillar Machinery in case of breakdowns or just to try out a Cat! 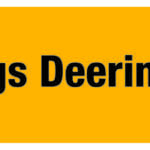